And thus Inktober has passed us by! Alas the time.

It's been a good run. Good fun with the Drawing Grounds. Good rounds that kept pouring down. You'd think I might gripe about boring, yet I'd rise up early morning to chalk allegory clowns when I could've been snoring sound. Or on great days late nights - with demons and dormant hounds.

So I guess the story stores a little mourning now that doors go round and yore us out... but as with every lore the shore that bore a tide comes tilting by, the waves are filled and rise, and the skies form warning clouds. It seems a dawn draws forth with torment now... with yet new doodles and deliberations every day like magical dandruff off a fallen crown!

So there you have it! I think I'll keep rolling with the drawing ground rounds madness for a bit yet. Less I misstep therein stress. Looking forward to next year's Inktober now that this one's over! And back at all that's been. 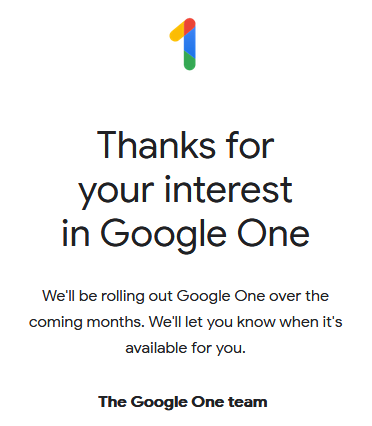 I have no idea what this is, but it seems interesting! Something about storage. Possibly not for the normal individual at all. Possibly only for companies, or for those with paid plans (those with paid Google Drive upgrades will apparently be getting upgraded early).

I stumbled upon this today while browsing through Google's ever-expanding array of often useful and so very functional products.

UPD: Some more info here, though it seems to still be a work in progress... basically: a little bit more of everything. A bit cheaper. A bit better. A bit more of an incentive-based Google experience.

I Just Don't Know How To Express...

I just don't know how to express myself sometimes when I need to be properly different.

Ain't that the truth. I wanted to stylize that energy... but then it'd loose the reference.

Our time shifted today. Summer to winter. As if to make it official the snow swept in against us during both our morning and afternoon promenade, and between those times the sun shone outside; we sat in with cake and a cup of tea, celebrating my sister's 40th birthday.

I've been uploading Inktober submissions to the site today, both old and new, and you'll probably be seeing some more of the new ones in the coming days! They're all drawn via this. Go check it out. It's pretty fun!

I had some other dues I hoped to do today, but alas the weekend's up now, and tomorrow it all starts again. Winter time or no it seems I wake up the same time. I was hoping I'd have an hour to spare. Maybe tomorrow.

I'm listening to Eminem's newest album as I write this, and have been most of today. Kamikaze. I love it. From the first round and all that follow! Favorite tracks right now, in order:

...that last one's just so catchy! Stepping Stones would definitely have been one of those if it wasn't for the Berserk-like bits of it, which just don't fit a bit, and it's a shame about the MGK feud but you can't not appreciate that track anyway. I'm not taking sides. I'm tuned in to both. I appreciate y'all.

This whole album's great though! What a change from the previous! Em does it best without the hype. With a little bit of anger. I think I'll keep this on loop for at least a few days and nights now.

See you soon, with quite a few soon due Inktober doodles.